After the controversy surrounding The Walt Disney Company for its support for Republican politicians in Florida responsible for promoting a homophobic law, criticism has been added to the official silence of both the company and its CEO, Bob Chapek, who finally has his say. to say : “I don’t want anyone to confuse a lack of reporting with a lack of support.” It is in an internal communication that was sent to all employees and employees of the company, an e-mail to which she had access Variety and published in full.

Chapek begins by talking about the war in Ukraine: “I want to remember everyone affected by the invasion of Ukraine, especially our team in Europe and our employees around the world who have family in the region. This is an incredibly difficult time, and my thoughts are with you.”; and I continue to talk about a meeting I had with members of different LGTBIQ+ groups that exist within the company: “I wish each of our employees could hear not only their passionate voices, but the courage, honesty and pride they expressed. It’s a conversation I won’t forget.”

“One of the topics discussed was the disappointment with which the company did not issue a public statement condemning the legislation”the post continues, referencing Florida’s Parental Rights in Education bill, “This disappointment was compounded by the fact that, while not perfect, our company has a long history of supporting the LGBTQ+ community and has, in fact, played an important role in the personal journeys of many of our employees. I want to be very clear: I and the entire leadership team unequivocally support our LGBTQ+ employees, their families and their communities. And we are committed to creating a more inclusive business and world. I understand that the very need to reiterate this commitment means that we still have work to do.” Regarding the fact that it took days to talk, Chapek says he wanted to wait for the “Reimagine Tomorrow” conference and that these types of statements are generally dangerous and counterproductive for the image of a company. or to get a change, but the pressure forced him to move the conversation forward.

What counts are the productions

“I don’t want anyone to confuse lack of reporting with lack of support. We all share the same goal of a more tolerant and respectful world. Where we can differ is in the tactics to achieve this. And because this fight is so much bigger than any bill in any state, I believe the best way for our business to create permanent change is through the inspiring content we produce, the welcoming culture we have created and the diverse community organizations we support. We also talked about inspiring and inclusive content here, and it continues: “There’s a reason content tops the list. For nearly a century, our company stories have opened minds, inspired dreams, shown the world as it is and how we’d like to see it. be it, and now more than ever, they represent the incredible diversity of our society.”He cites as examples ‘Encanto’, ‘Black Panther’, ‘Pose’, ‘Reservation Dogs’, ‘Shang-Chi and the legend of the ten rings’ and ‘With love, Victor’, productions which are, for him, a declaration of intentions more powerful than a miserable tweet. 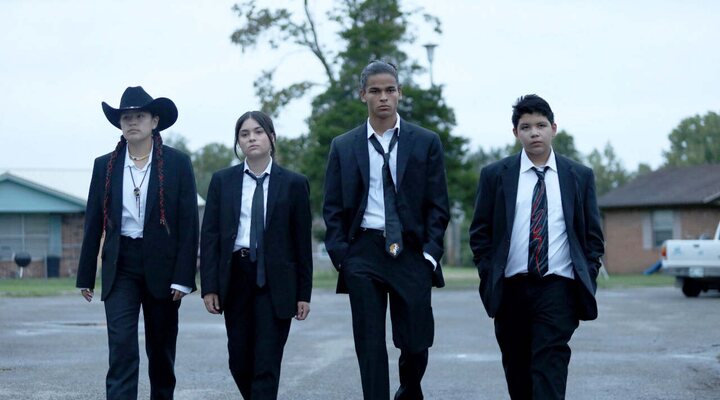 After mentioning the millions Disney donated to LGBTQ+ organizations, their floats in the Pride parade, and their involvement in the Pulse nightclub massacre in Orlando (although Bob Iger was the boss then), and finally, Chapek finally addresses directly the controversy in question: “Although we have not given money to any politician on this issue, We have provided Republican and Democratic lawmakers who have taken a stand on both sides of the legislation.”

However, the report of Orlando Sentinel February 25 makes it clear that Disney has indeed donated money to everyone who participates as sponsors and co-sponsors of the “Don’t Say Gay” bill. Some Disney employees told Variety that huge disappointment has spread among LGBTQ+ employees and their allies, partly because of the attitude of the company they work for and partly hand because this statement has not been public, other than an internal notification. They also don’t like that the names of the executives Chapek claims to have met have not even been revealed when many representatives of the conglomerate’s LGTBIQ+ groups say no one has contacted them. The statement ends with a promise to reassess both advocacy strategies and political donations, ensuring that we live up to the values ​​they represent.